Summer School Schedule
Rachael Poirier has been a renowned dance instructor and award-winning choreographer since 1991. Originally from the Sunshine Coast, Rachael has trained in a myriad of styles with some of the best and brightest instructors including Bonnie Lee Haus, Kay Armstrong and Anna Wyman among many others in Los Angeles, New York City, Toronto and Vancouver. Rachael's choreography has captivated audiences across the world and has won numerous awards for their innovative style and originality. She has choreographed for many industrial shows such as the opening acts for the B.C. Country Music Awards, Michael Bublé, and the world-renowned magician, Juliana Chen.Rachael founded Danzmode Productions in 1994, which quickly established itself as one of Vancouver's elite dance institutions where she remained as Artistic Director until 2017. Many of her students have had a dominant presence at local and international competitions including the B.C. Provincials. Many of her dancers moved on to professional careers in world tours and music videos with artists such as Janet Jackson, Britney Spears, Rihanna, Mariah Carey, Shania Twain, Chris Brown, Beyoncé, Pharrell Williams, Mia Michaels and Jennifer Lopez. Several of her students have been seen in the Top 40 of So You Think You Can Dance, The Emmy Awards, The Grammy Awards, and the Super Bowl Halftime Show. Many have gone on to train at world-renowned institutions such as The Julliard School, Point Park University, Jacob's Pillow and The Ailey School. Others have moved on to dance for prestigious companies including San Francisco Ballet, BODYTRAFFIC (Los Angeles), Ballet BC, Alberta Ballet, Cirque du Soleil, Washington D.C. Ballet Company, Houston Ballet, Dallas Black Dance Theatre, and the National Ballet of Canada,In 2004, Alex Wong became the first Canadian winner of the international dance competition Prix de Lausanne in Switzerland with Rachael's groundbreaking choreography for the solo "Capture of the Tiger". This piece has also been performed with ABT Studio Company, Miami City Ballet and on So You Think You Can Dance. Rachael's inventive pas de deux "Innocence" set on Fei Fei Ye and Kostya Keshyshev helped lead to a Bronze Medal for Fei Fei in the Varna International Ballet Competition in Russia. This piece was later restaged and performed by Shanghai Ballet Company in China.Rachael has been awarded several Choreographer Awards at Youth American Grand Prix including for Melissa Ong's performance of "Attitude with Strings" in North Carolina and Alyssa Steven's performance of "Womb" in Los Angeles, both in 2007. In 2011, nine-year old Martina Prefontaine received The Hope Award at YAGP in Seattle, WA where she performed Rachael's piece "Humming Bird". Her students have won runner-up several times at New York City Dance Alliance. In 2006, Kirsten Wicklund won the National Teen Outstanding Dancer title at NYCDA and in 2007, Bynh Ho was awarded second runner-up National Senior Outstanding Dancer at NYCDA. In 2008, Miguel Nguyen and Rina Watanabe won the Gold Medal at the World Championships (International Dance Organization) in Norway for modern dance. One of Rachael's most successful commercial dancers, Stephanie Moseley was known for her works in the TV series Hellcats and Hit the Floor. In 2017, at the insistence of her dancers, Rachael created Poirier Productions. Inspired by the loyalty of her students, she is excited to be continuing her legacy under a new name. 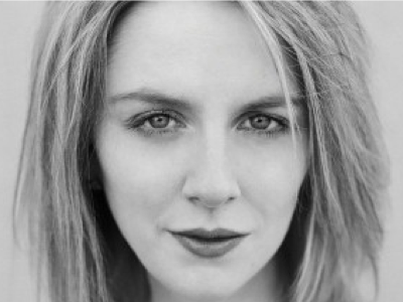 Sarah Dolan
Since the creation of O2 the Dance Company in 2010, Sarah Dolan has served as the Artistic Director. Her commitment to the art and its artists provides a critical framework in which the contemporary company and its members thrive.
She has had the privilege of being part of numerous works and diverse dance shows. Since 2008, Sarah has had the honour of assisting Sean Cheesman on CTV’s So You Think You Can Dance Canada (Season One, Two, Three and Four), Fox America’s So You Think You Can Dance (Season Six, Seven, Eight, Nine and Ten), BBC’s So You Think You Can Dance UK (Season One and Two) and CBC’s Over the Rainbow. Also with Mr. Cheesman, Sarah worked on the Peter Andre Revelation Tour 2010 in the UK. Sarah has had the pleasure of choreographing for Paul Brandt, Hockey Canada and Michael Bernard Fitzgerald. Her energy, talent and knowledge of the moving art form have made Sarah a teaching commodity. Sarah has worked with and influenced countless students, dancers and artists, many of whom have continued their pursuit of a professional career in dance with great success. 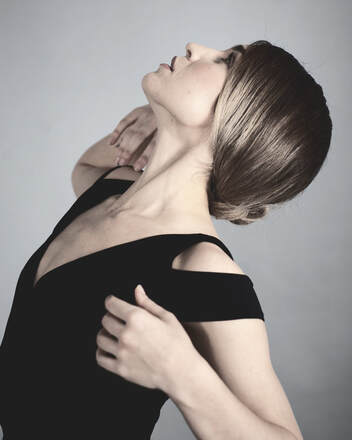 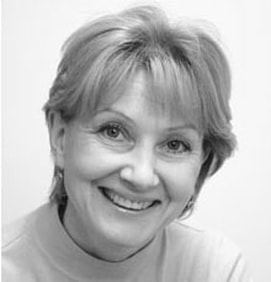 Irina Lavrova
Miss Irina Lavrova, a prima ballerina for 18 years, was born in Kiev, Ukraine. She started dancing recreationally at the age of four. It quickly became apparent that she had a gift for ballet and at the age of ten, Irina auditioned for Kiev State Choreographic School. Her talent allowed her an immediate acceptance into the professional ballet school. Out of 300 applicants she was one of 30 to be chosen. During her eight years of study, she received professional training in character dance and ballroom dance, with the main focus in ballet. While being a full time student, she also graduated from an academic and music school. By the time she reached the age of eighteen, Irina graduated from Kiev Choreographic Academy with honors.After graduating, she left her hometown and moved to Odessa, Ukraine where she was invited to dance with the Odessa Opera and Ballet Theatre. She began dancing as a soloist, and shortly became a principal dancer where she performed the most famous classical ballets known today. Some of the ballets include: Nut Cracker, Don Quixote, Sleeping Beauty, and many more.
In 1995, Irina and her family immigrated to Vancouver, Canada.
In 2004, Irina successfully completed the Royal Academy of Dance (RAD) program and received her teaching certificate. Today, Irina is not only an award-winning choreographer, but she is also a certified Rhythm Works Integrative Dance instructor (a program for children with special needs).
Irina’s vast knowledge and passion for ballet allows her to welcome and teach students of all ages. She will continue to teach and to inspire her students as long as the love for ballet stays alive in her heart. 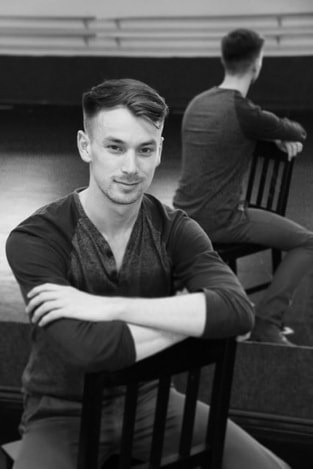 Tanner Plecas
Tanner is a Vancouver born and raised dance artist. He began his formal dance training under the direction of Rachael Poirier. During his training, Tanner competed at National and International levels, and studied extensively in as many styles of dance as he could. For three consecutive years, Tanner was the BC provincial champion in the stage dance category. In his senior years of studio training Tanner received several regional and international competition titles, including: New York City Dance Alliance’s Regional Outstanding Dancer; placing in the top five senior males at the finals in New York, as well as convention and workshop scholarships. 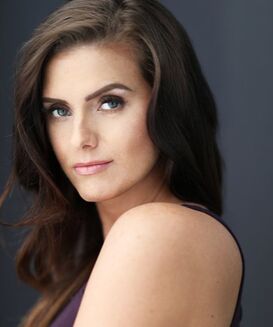 Kristina Linden
Born and raised in Vancouver, Kristina began performing at a young age and soon developed a passion for the stage. She was seen as a principle tap dancer in the Opening Ceremonies for the 2010 Winter Olympics and has been an opening act for American recording artist, Mya. As a dancer and performer, her television credits include: The X-Files, Hellcats, Once Upon a Time, and Psych. Theatre credits include: Graziella in West Side Story (Vancouver Playhouse - Troy McLaughlin's Dance Works), Singin’ in the Rain (TUTS), Anything Goes (Metro), 42nd Street (RCMT), featured tap dancer in the Vancouver Spring Show (Queen Elizabeth Theatre) and the Orpheum Theatre's 90th Anniversary Celebration. As a choreographer, her work has been featured in both the commercial and television world. 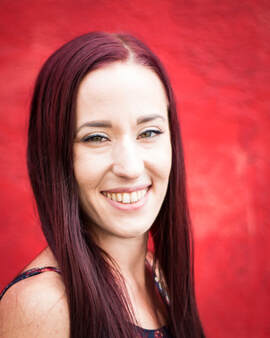 Rachelle Dyer
At the age of five Rachelle decided that she was destined to become a dancer. Her training began at Boswell Dance Academy where she completed all of her RAD syllabus grades from primary to grade eight award as well as Intermediate foundation through Advanced 2. This strong ballet background was supplemented when she began training at Danzmode Productions under the critical eye of Rachael Poirier. Dancing with Rachael Poirier also gave Rachelle the opportunity to perform in industrial shows and work closely with other local artists. 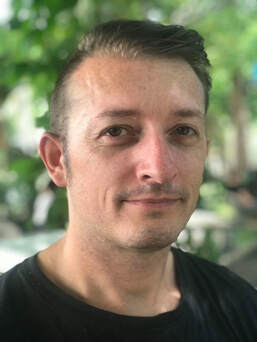 Jason Waugh
Jason is the founder and director of Blink Acro, a professional circus and entertainment company based in Vancouver, Canada. His company caters to some of the West Coast’s most sought after establishments as well as international clients. Jason is also the co-founder and co-director of The Circus Lab, Canadian circus school and professional training space.
Summer School Schedule
Powered by